Fighting the Opioid Epidemic with Integrative Medicine: A New Trend in Government 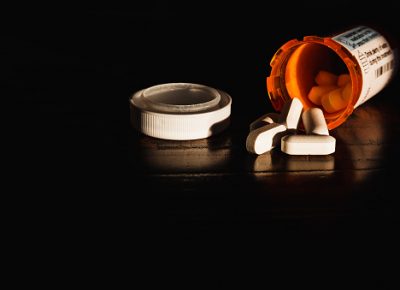 A few months into 2018, America’s opioid epidemic continues to rage on. However, some developments prompted by our government offer some glimmers of hope. Shapers of law and policy on both the state and federal levels have started to embrace non-drug therapies like acupuncture and transcranial magnetic stimulation (TMS) as treatments for chronic pain and effective therapies in addiction recovery.

Many people ascribe the severity of the opioid epidemic to the overprescription of these drugs in the treatment of chronic pain. In an effort to curb this trend, legislators have begun the process of expanding public health insurance programs to include acupuncture, TMS, and other drug-free treatments.

Ohio is just the latest example of this government-wide effort to embrace drug-free therapies. For instance, Vermont and Maine have both funded and initiated pilot programs to explore the possibility of making this expansion. Sooner than later, Medicare and Medicaid may cover acupuncture as a substitute for opioids or an alternative treatment for anxiety that will enable more people to benefit from our services in the Philadelphia and New Jersey areas.

To better combat the opioid epidemic, medical professionals need as many tools as possible. Although TMS therapy, another drug-free treatment, has been covered by many major private and governmental insurance providers for years, it is only approved by the FDA for the treatment of depression. However, research has also shown TMS to be effective in the treatment of neuropathic pain – a condition that previously prompted medical professionals to write opioid prescriptions. TMS has even been shown to help treat substance addiction. As the war against opioid addiction persists, insurance providers will likely continue to explore the possibility of covering TMS therapy for the treatment of pain and addiction.

Yang Institute regularly practices integrative treatments that address pain, depression, and addiction. In his book, Facing East, Dr. Jingduan Yang, founder of Yang Institute, writes that “acupressure and acupuncture treatments are powerful therapies for reducing pain in various parts of the body and eliminating cravings for substances that are unhealthy for you” (114). These ancient therapies, in conjunction with cutting-edge treatments like TMS, provide us with powerful tools for combating chronic pain and facilitating recovery from addiction.

To schedule an appointment for the treatment of postpartum depression in Bryn Mawr, PA or to inquire about the other therapies we provide at our locations in New Jersey and New York, contact us today.